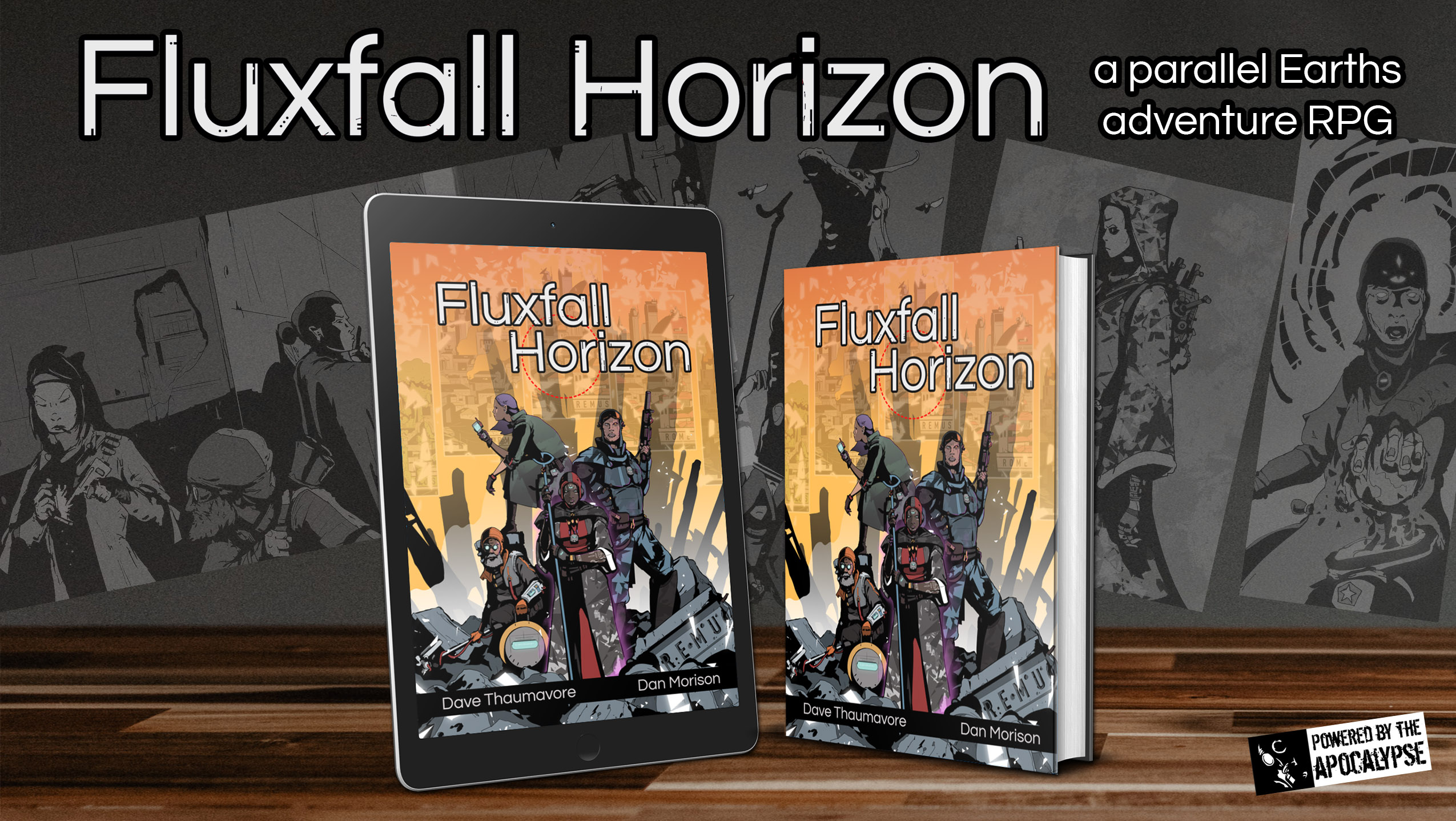 Fluxfall Horizon is a parallel Earths tabletop roleplaying game. Players play as "lancers," who are from the late 24th century. For reasons all their own, they each wish to travel to an alternate Earth and then promptly return. But no plan survives contact with a faulty Quantum Hub!

This game is a "Powered by the Apocalypse (PbtA)" type of game where stats are minimal and narrative elements dominate in a collaborative storytelling environment. 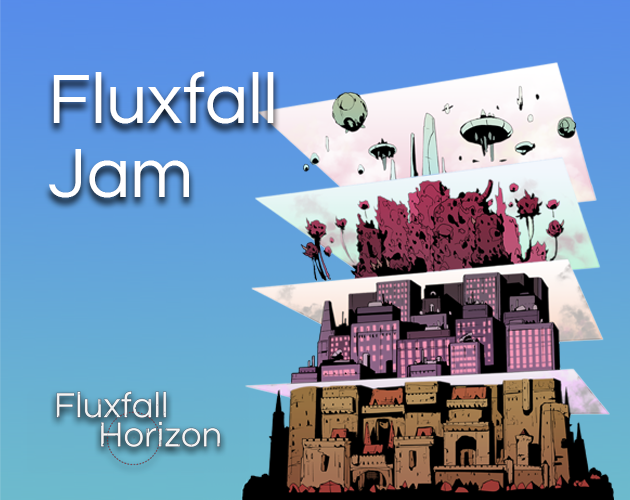 Check out the Fluxfall Horizon Table Generator Project by hypnoCode

What's the premise of this game?

Fluxfall Horizon is a Powered by the Apocalypse RPG involving players who "lance" or jump from parallel Earth to parallel Earth, originally starting from an ultra-tech future and wrestling with both local problems as well as secret personal objectives.

World is always changing: At the heart of the game is the conceit that Lancers are using quantum disentanglement equipment that is harming the Continuum, a sort of living, breathing omnipresence. And each time the Continuum is harmed, the Lancers are forced to an adjacent parallel Earth, one where most of the details are the same but some... aren't. This kaleidoscope of worlds is the harsh new reality for Lancers.

The Put Right: There is a way to heal the Continuum, and that is to solve one kind of problem or another. Referred to as a "Put Right," this team goal can improve the version of Earth that lancers find themselves on, and possibly give them a shot at returning Home.

Secret Objective: Each Lancer harbors their own secret goal, and by design it is at odds with those of other and possibly the Put Right as well. The mechanical reward for fulfilling this objective is character advancement, which is not necessarily a concern in one-shot play. But as far as one-shots, survival and the Put Rights should be more than enough to occupy players.

Gear, Specials and Conceits: The game also features smaller mechanics that affect what would otherwise be vanilla PbtA structure. Basic gear is anything and can be easily acquired, within reason. But Special Gear offers one kind of material advantage or another to a Move roll. Specials and Conceits are further mechanical mods that are specific to the playsheet.

Quantum Powers: Certain roleplay triggers, which differ for each character Type, earn Disentanglement points. Enough of these points will unlock stat upgrades and Quantum Powers. Quantum Powers are supernatural powers that Lancers wield to to do a number of different things like phase through matter, create illusions, intuit secrets, heal others or cause harm.

Corporate (Junior Exec and Senior Exec): You were selected for field work not because you are expendable, but because of your quick thinking and your discretion, and above all your loyalty to the company. Those things are indispensable to ChronoCorp, and you’re important to the company. You were born for the job of corporate chronolancer.

Military (Soldier and Officer): You knew you would serve in uniform as far back as you could remember. But but you trust ChronoCorp about as far as you can throw their corporate headquarters. Duty has you here, on the front lines fighting a new enemy. It would just be nice if the brass told you who or what that enemy is.

Science (Planetologist and Quantologist): Colleagues have told you that it is a waste of your talent to be lancing with laymen but you have your reasons. After all, it’s a new age of enlightenment for humankind, and you have been chosen to be marching into its latest frontier!

Navigator (Neophyte and Elder): Members of the Order of the Continuum do not call themselves “Navigators,” but the name does not offend. After all, ever since ChronoCorp approached the Order for assistance so many years ago at the dawn of their quantum exploration, navigation is what the members have done.

Civilian (Tourist and Bystander): You weren’t trained for this. You actually tried to do some research on lance technology once, but between the military, ChronoCorp and the Order, each source was more tight-lipped than the last. But now you get to itch your passing curiosity with the real thing. 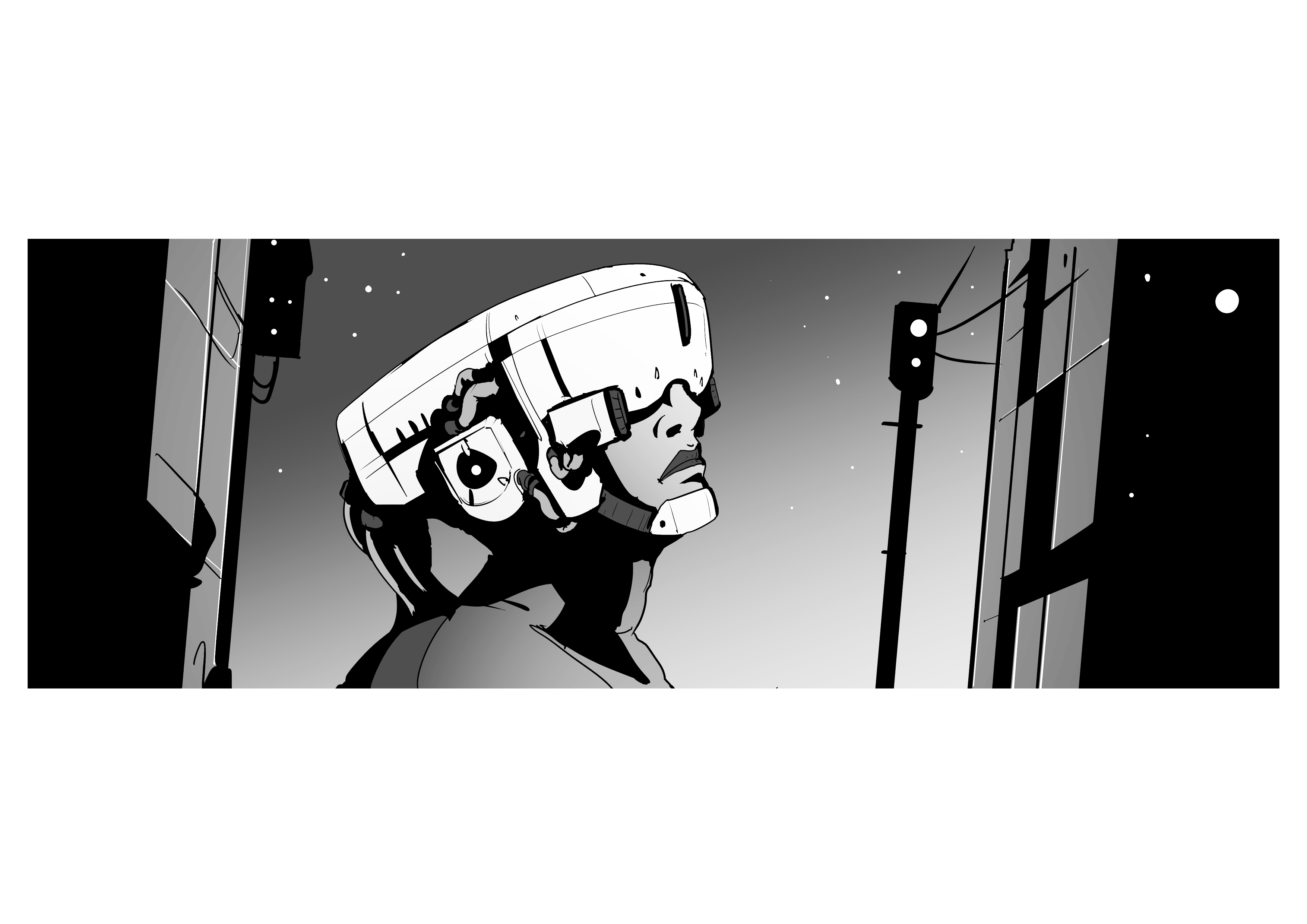 The most essential components of each character are their four core stats, specials that modify certain Move rolls, Special Gear that also modifies rolls, and their Secret Objective.

What do you do in the game?

The player's character, or Lancer, has two main considerations: the Team's Put Right and their personal Secret Objective. The Put Right is prominently displayed on the handheld device that lances them to each new parallel Earth. It is a local problem or conundrum that may be as small as returning a cow to its rightful owner to as large as restoring the planet's atmosphere.

The Put Right, as well as the NPCs and parallel Earth details, can be quickly generated with roll tables.

Each Lancer's Secret Objective is meant to create tension among the group, and is specific to the faction being played.

Whenever lancers fail to operate their Fluxtech equipment or otherwise mess up a jump, they cause damage to the Continuum. This results in an immediate fluxfall, or jump from from their current parallel Earth to a new one. In practice, the world all around them changes in only one or two ways. But the way it changes can create drastic problems for the Team.

Likewise, by completing Put Rights, the Team can reverse the damage done to the Continuum and improve their situation. Unfortunately, some Lancers might put their Secret Objective at a higher priority than the Put Right, thereby creating more problems! 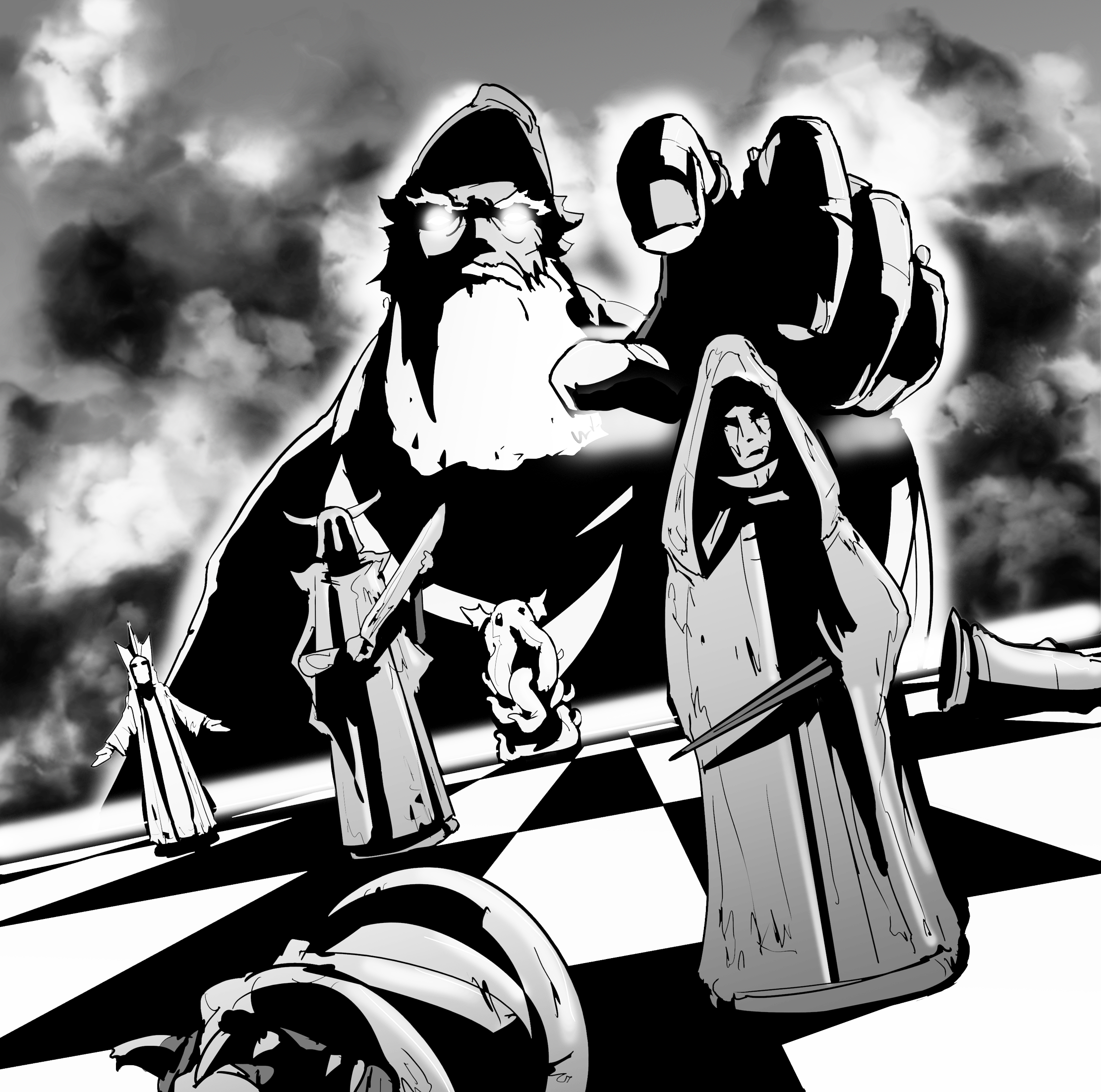 What are the Moves?

There are intended to be few moves in this game in order to create a more casual and approachable gameplay experience:

There are no specific GM Moves listed, to keep things simple for newcomers to the PbtA paradigm . Instead, there is a list of tools that GMs can use in the fiction to keep the story rolling. 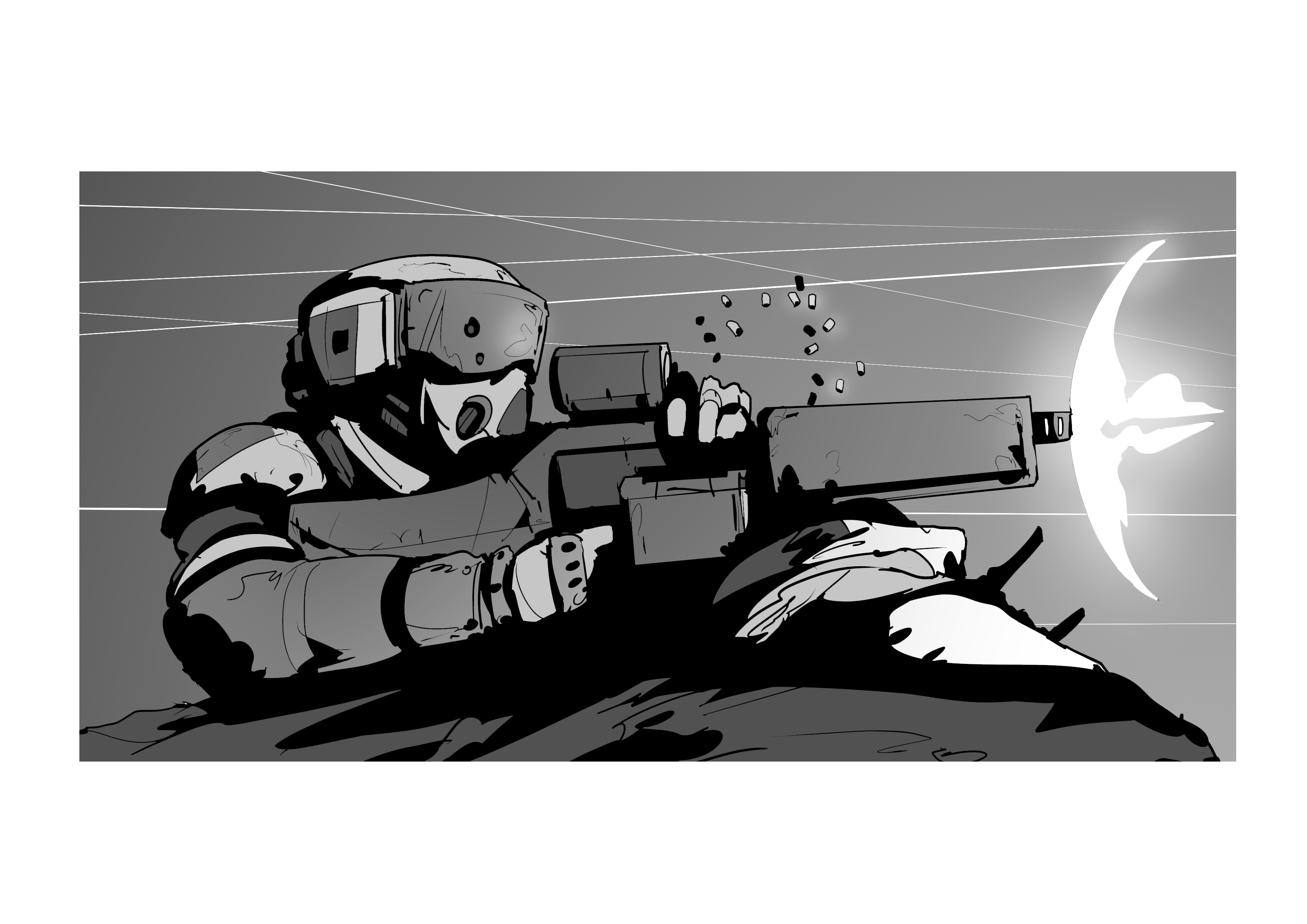 The year is 2390 where your lancers begin, and the world is a mostly peaceful place. Fluxtech has been around for decades, but has yet to transform Home Earth, at least in any ways that are known to the general public. But as the five Factions share this technology and dabble in parallel worlds, no one sees what might be coming from beyond the quantum horizon. These external threats are listed in the Stretch Goals of this project, and are lightly detailed in the free PDF "Fluxfall Horizon: Timeline."

Any parallel Earths game where you spend most of your time in gonzo alternate dimensions is quickly going to leave your starting Earth way behind in the rear view mirror. What matters most in Fluxfall Horizon are what the lancers bring with them: their secrets and their psychological baggage in terms of how they view themselves (see doubles/doppels) and how they view certain others (see special connections).

So what is the point of a timeline of Home Earth, a long history of things that lancers will immediately leave behind? The historical details in this supplement are simply intended to provide a springboard for ideas. By having a backdrop of history (or at least a framework), a GM can hopefully be inspired to generate scenarios that have some connection to the technology, politics and history of a world that the lancers once knew. 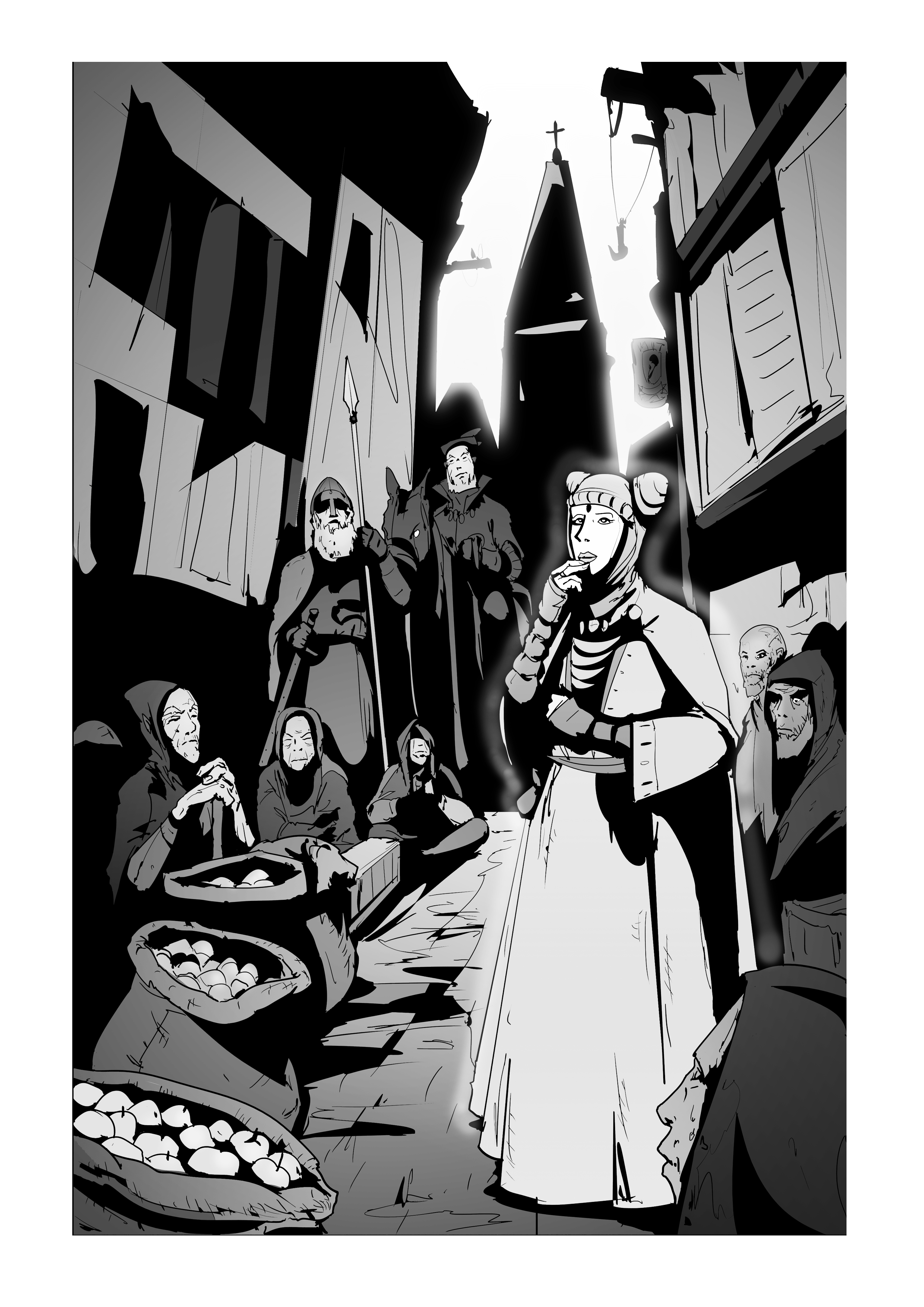 Four "external threats" plague humanity in one way or another, and present a persistent danger to lancers that goes beyond the ability to simply lance away.

Where did this come from?

Dave Thaumavore: [writer] Creator of the eponymous RPG review channel on YouTube, author of the Index Card RPG setting expansion Age of Snakes: Adventures in a Fallen Alfheim, and the all-halfling ICRPG/5e one-shot The Turnip Knights.

Dan Morison: [illustrator] AKA Dark Mechanic, is a UK based Concept, Storyboard and Sci-Fi & Fantasy artist, and has worked with The Agents Card Game, Games Workshop, Mutant Year Zero and Warzone: Mutant Chronicles.

Nathen Graey: [illustrator] Born and raised in Hertfordshire, England and now a native of the Pacific Northwest, Nathen works as a graphic and layout designer. When he's not playing TTRPGs, he's designing enamel pins, stickers, and postcards. Follow him across the interwebs via http://linktr.ee/owlbare.

Joshua Meehan: [illustrator] Joshua Meehan has worked on many IPs including Dishonored 2, Pathfinder, and as lead artist for Ironsworn: Starforged.

Thomas Manuel: Thomas is the author of the concise, heartfelt, thoughtful and useful weekly newsletter, The Indie RPG Newsletter. He is also the creator of several RPGs you can find on Itch.io, has written plays that people have actually performed on stage, and most recently published a book through a major publisher that covers the history of the opium trade in 19th century Asia.

Damion Sailors: Damion is a wannabe pirate who finds himself presently jumping through academic hoops attempting to get an important piece of paper he can hang on the wall and throw darts at. Damion studies archaeology within the Pacific Island and Pacific Northwest regions but, prior to academia, he was a tall-ship captain and non-profit founder whose responsibilities ranged from carrying cargo in the South Pacific to conducting “eco-tours” and educational programs around the world. Damion has a passion for TTRPGs, terrain crafting, and fluxtech with a special interest in Conformally Invariant Supersymmetric Quantum Gauge Field Theory. 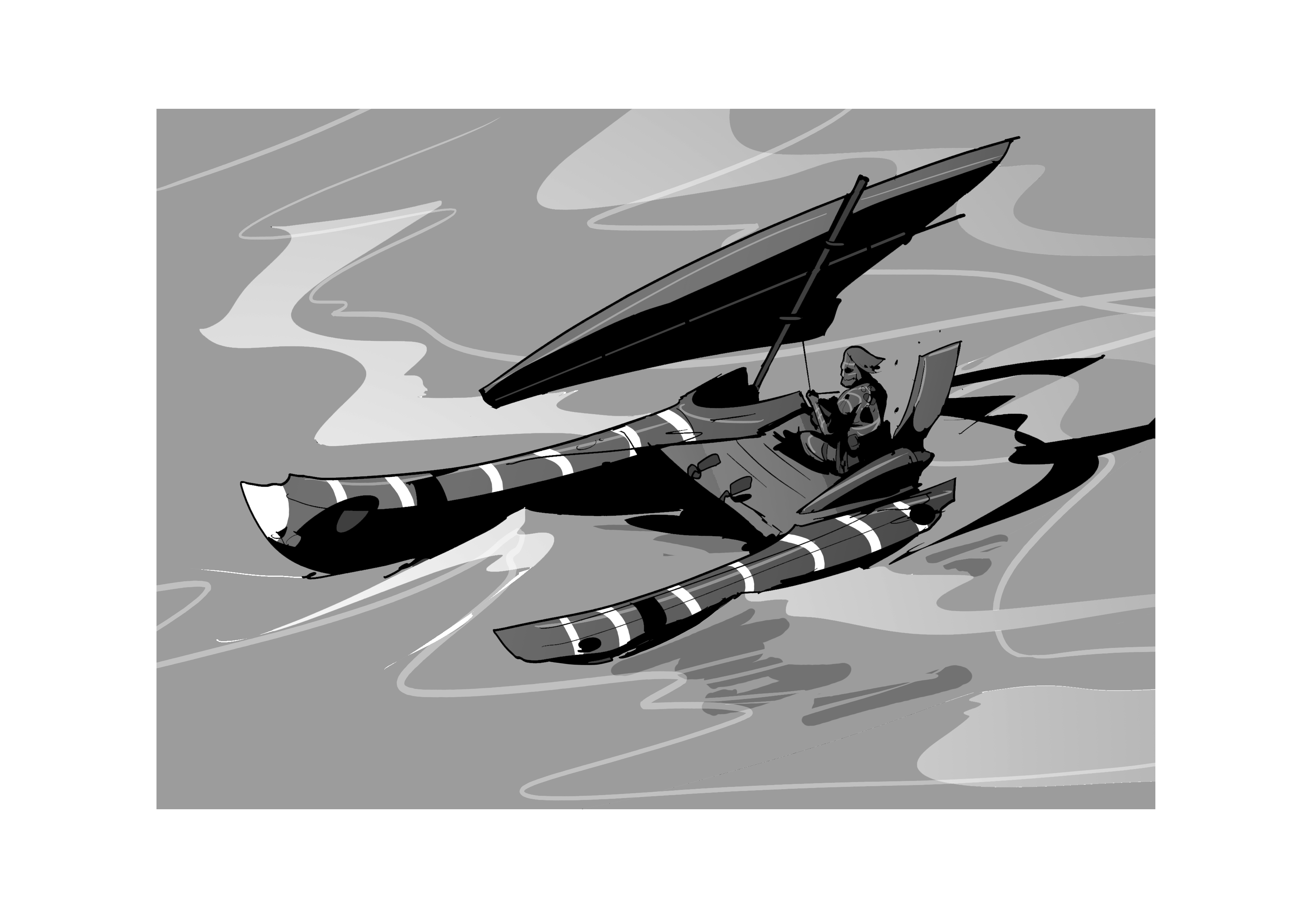 Party of One Podcast with Jeff Stormer: Episode 309 with Hopper Crain

This license allows anyone to publish materials for Fluxfall Horizon, either for free or for sale, without any fees, royalties or other payments to be made to Dave Thaumavore. Here are the terms:

[Product name] is an independent production by [Author or Publisher] and is not affiliated with Dave Thaumavore. It is published under the Fluxfall Horizon Third Party License. 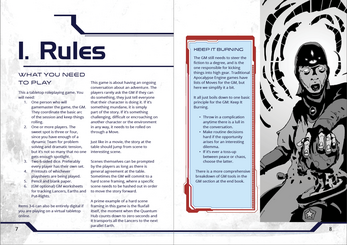 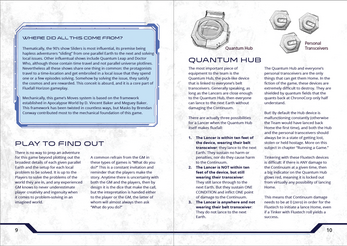 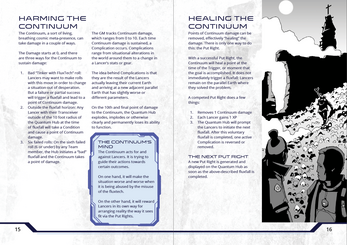 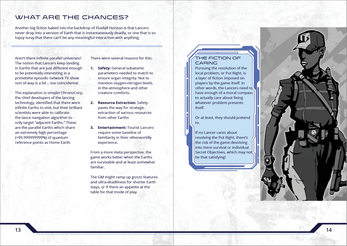 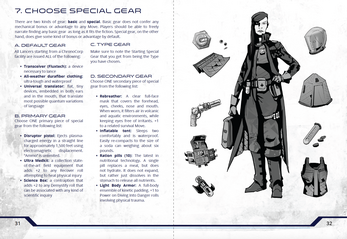 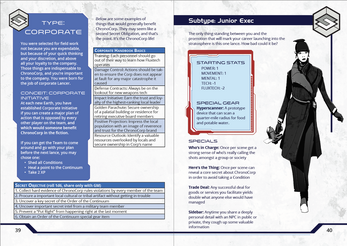 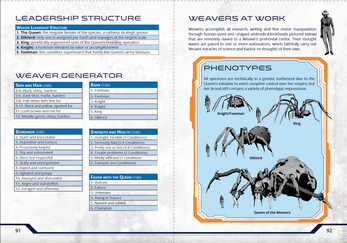 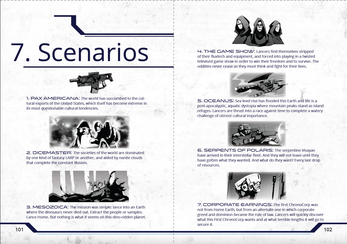